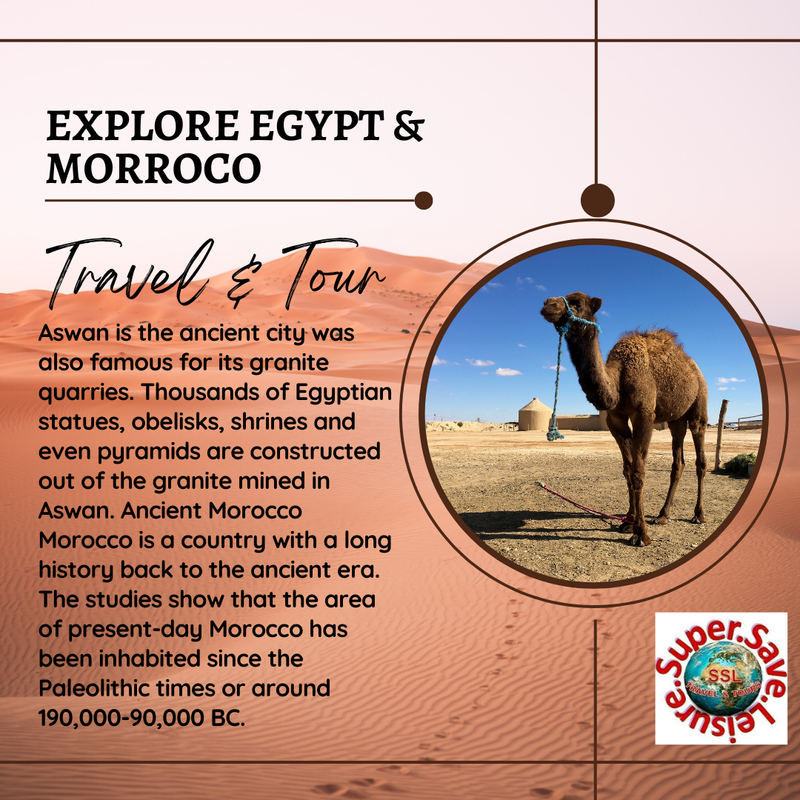 Aswan is the ancient city of Swenett, later known as Syene, which in antiquity was the frontier town of Ancient Egypt facing the south.

Morocco is an ancient country with a strong sense of culture. Though the ancient culture of Morocco has influenced its people for centuries, it is diverse and seems to have been derived from several other ancient cultures. 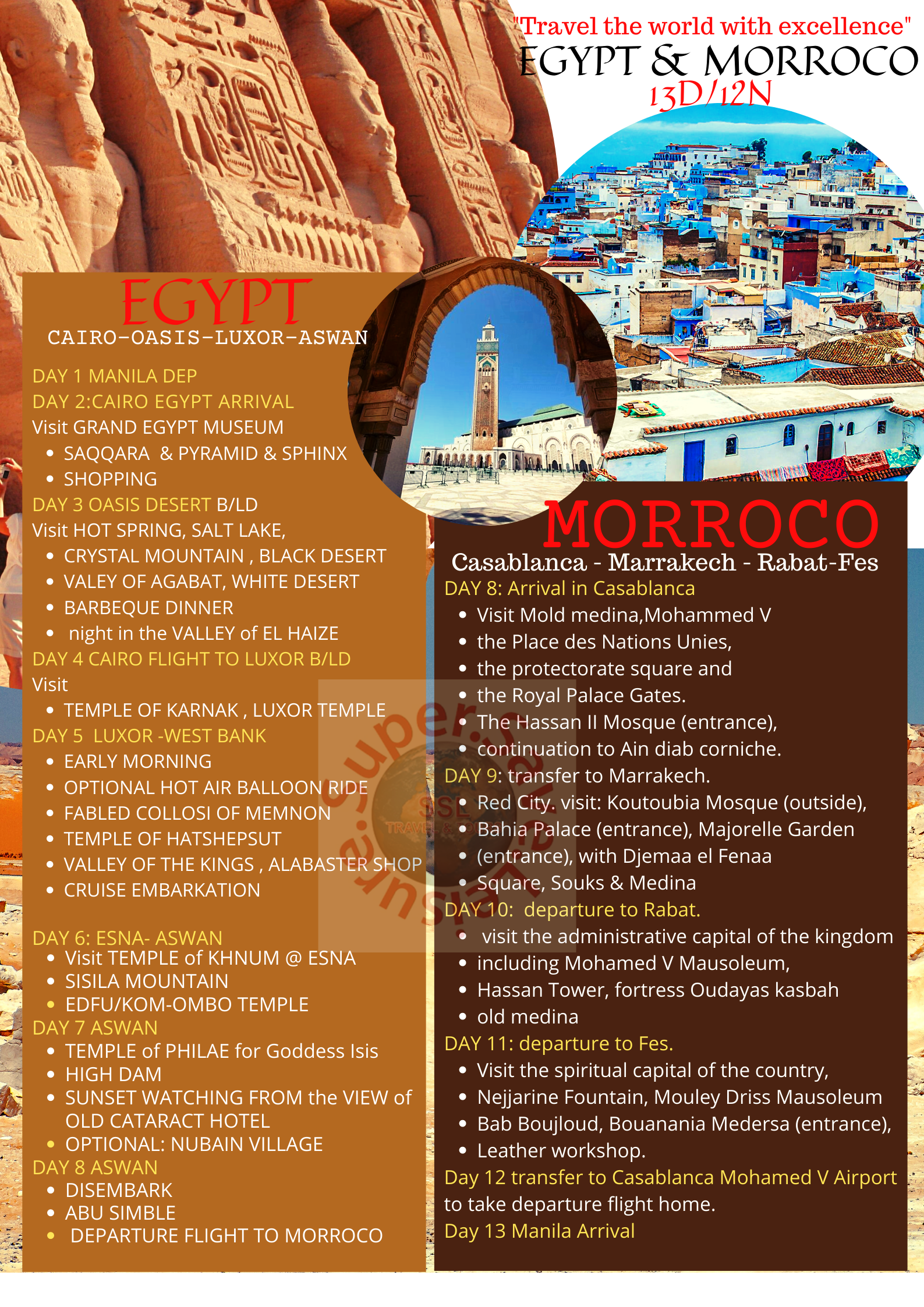